So it looks like Funimation has just announced (or they did a few days ago and we missed it >.>) that they’ve licensed the Attack on Titan OVAs and are putting out official English subtitled releases for them, which means we are now dropping this project. While I don’t imagine this will affect too many people, and it may even come as a surprise to some that we still counted it as an ‘active’ project despite not releasing any OVAs for nearly four years, I figured it was only fair to let you weirdly loyal people who were holding out for more OVAs know that there won’t be any more forthcoming.

On a personal level, it’s a bit of a shame that licensing has thwarted us from finishing this one up because I really enjoyed working on these OVAs and wanted to complete them for completeness’ sake, but staffing issues hampered us from achieving that, and just as there was a faint flicker of light at the end of the tunnel in the last few months, we’ve had the rug yanked out from under us. Oh well. Such is the life of a fansub group. We’re glad these gems are becoming available to a wider audience all the same.

A big, big thank you to Soldado Subs who jointed with us after the first OVA – without them, this project wouldn’t have been possible at all, so I’m grateful for what we managed to achieve together. I’d name everyone individually but I’d end up forgetting people (gimme a break, we started this in 2013!) so the fairest way is to say thanks to everyone who put time and effort into subbing the Attack on Titan OVAs, and thanks to everyone who watched and enjoyed our subs! 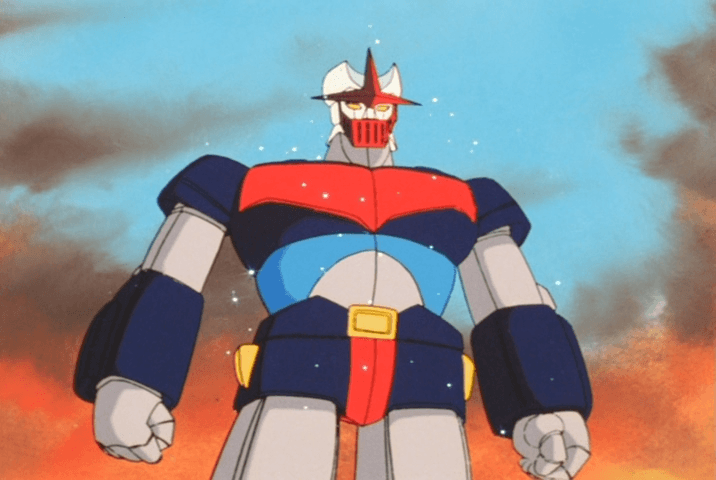 I’m sure you’ve heard the news by now.

Psycho Armor Govarian has been licensed by Discotek Media. Therefore, productions on the fansubs have ceased and the torrents have been removed. Be sure to support this Go Nagai project when it’s officially released!

Thank you to everyone involved and all those following this project until the very end. 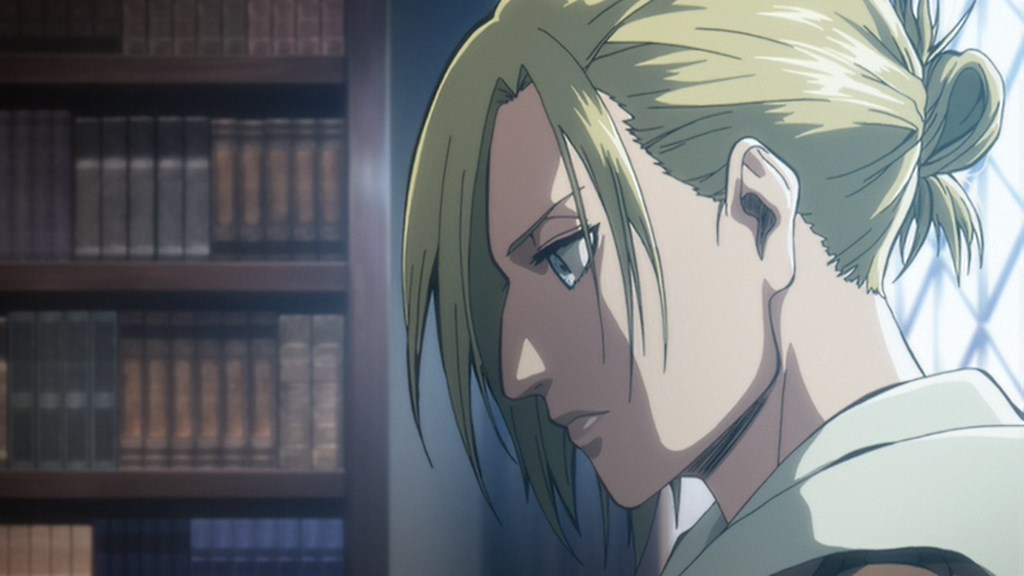 The old gang’s back together again with yet another Attack on Titan OVA. This time, it’s an adaptation of the Lost Girls spin-off centered on Annie and Mikasa. In this episode, Annie is assigned with finding the missing daughter of a wealthy tycoon just a day before she’s set to carry out her plan to capture Eren during the 57th reconnaissance mission, but things aren’t quite so simple for Annie. Joint with Soldado-Subs. 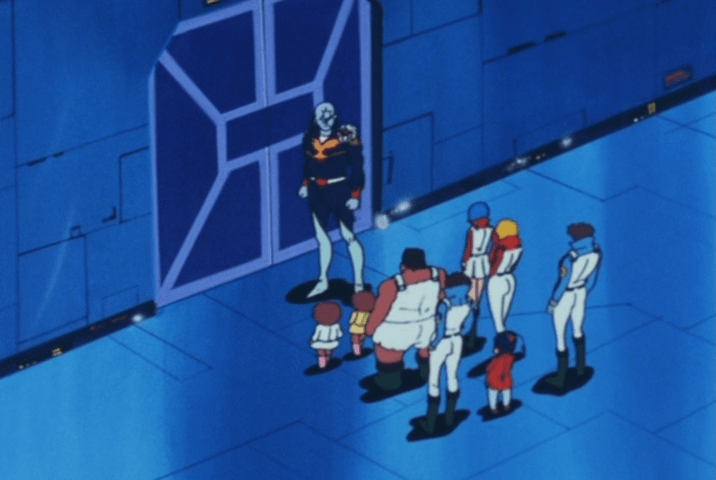 Where is Zeku guiding our group of heroes? Could it be to his personal sex dungeon?
Well, it wouldn’t surprise me if that was the case. Remember, this was made by Go Nagai. Just cause I felt like it, I did a 720p version of the last two OVAs, though I hate to admit I used a pre-existing raw for this, it’s good enough imo, big shout-out to SOFCJ for that. I updated the script just a tad relative to the DVD release. Joint with Soldado-Subs.

A couple of things to note: This version was slightly re-cut to be one long TV special, so a few things were cut out, namely the intro was shortened a bit, the OP and ED run once, an eyecatch, and the preview for Part II.  So it made for a bit of a pain in the butt to shift the timings. It’s been a long road in completing these last two OVAs (to the point that even the official subs came out before us), but we were not gonna let all this effort go to waste. So at long last, it’s finished. Big special thanks to the original translator and translation checker involved (ya’ll know who you are) in the first couple of, a certain Strayan who translated OVA 5 and  tenkenX6 for TL checking these last two OVAs. FD for editing the songs and doing METICULOUS QC of my editing, I am not worthy (orz). Big shout-outs to konnakude, sangofe, and Juggen for qcing as well, and to Treize and HeavenlyArmed for passing along their karaoke from Lag-Taka (RIP). Who’s hyped for season 2 in the spring (to watch ofc)?

Shingeki no Kyojin OVA 4-5 (No Regrets) [Saizen-Soldado]
MD5: check above