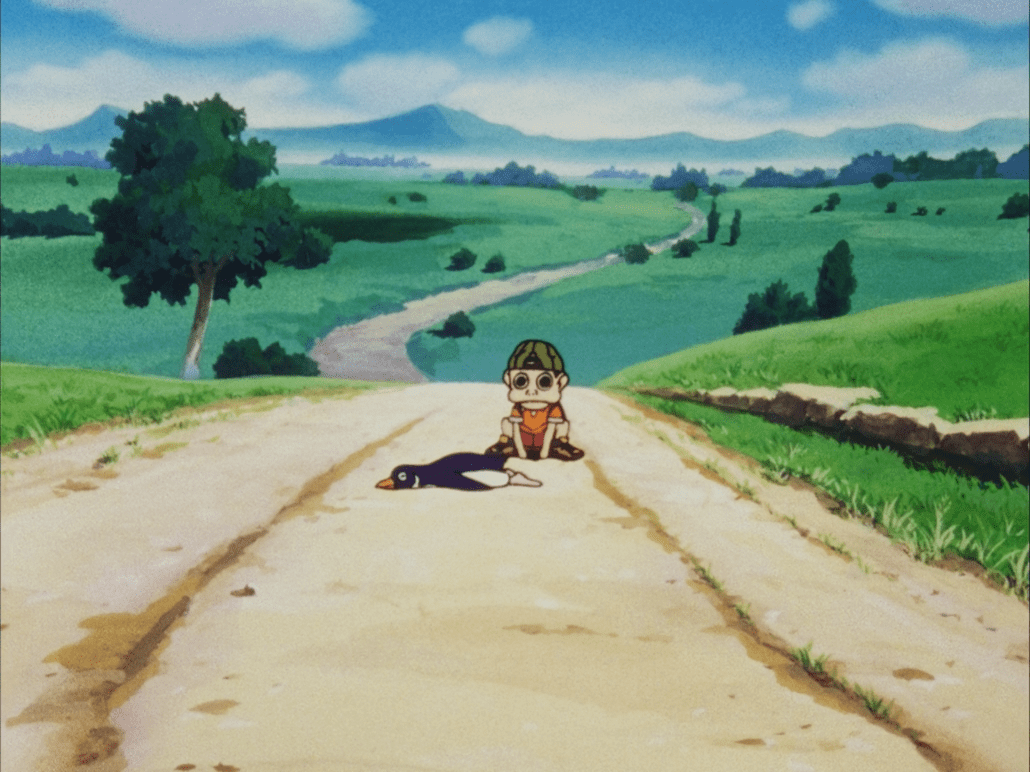 Here’s a bit of a special treat from us here at Saizen!

A few years ago, Shonen Jump interviewed some of their most prominent artists for the magazine’s 30th anniversary including group favorite Akira Toriyama! We at Saizen took it upon ourselves to subtitle the 45-minute-long first episode of this series of interviews featuring Toriyama. Without spoiling too much, Toriyama’s is a story of stealing money from your parents; ripping off the character designs from Star Wars; being too sleep-deprived to tell apart the traffic lights; and just generally winging it and somehow coming out on top in the end. If you’re a fan of Toriyama’s work or perhaps even an aspiring artist yourself, we highly recommend you give this baby a watch!

This release was brought to you by the following awesome people:

Way back in 2013, when we were still silly enough to do airing shows, the Ruri-Saizen joint team found this Saturday morning cartoon and subbed it from beginning to end. Or to the end of what we’re dubbing “Season 1”, because it got yanked from the schedule before the ongoing storylines had reached their natural end point. We were collectively left with a lot of questions: What were the priests up to? Why did they bring Golder back from the dead? Why have we never found out who Ogre’s mom is?

As a group, we’d always been aware that the series did finish up and answer most of these questions with a further seven full-length episodes (what we’re now calling “Season 2”) but getting our hands on the raws to actually sub them was a lot harder than we thought. So we forgot about the beasts for a while and moved on to other things. That is, until we found all the episodes in 1080p goodness, including the seven we’d never seen. So naturally, the old team decided we had to sub them in order to finally put this anime to bed.

Now, the first thing you’ll notice, all you Captain Eagle-eyed viewers, is that there are only 26 episodes in this torrent, when there were 38 in the original run of Beast Saga. And you’d be correct: for some reason, the source we used whacked two episodes together to make one 24-minute episode, meaning 1-38 became 1-19, with the new episodes getting numbered 20-26. Confusing, I know, but that’s why I’ve split this torrent into seasons so that if you only want to watch the new stuff, you can just select the Season 2 folder for download. Though I personally recommend downloading Season 1 and giving it a rewatch because we’ve been through every episode with a fine toothcomb and polished up the subs, so these scripts will be the best version out there.

Anyway, enough blather. Go watch some anthropomorphic animals whaling on each other already!

Watt Poe to Bokura no Ohanashi, an OAV from 1988, is one of the earliest known works of Mutsumi Inomata as a character designer, before she began working on the famous TALES RPG franchise.

This project was first translated in December 2008 from a blurry video on Nico Nico Douga, and the script survived many years of ups and downs in the fansubbing world. An opportunity arose when an Italian DVD rip was found in 2015, but by 2018 the trail went cold as the forum and the site it was hosted on closed itself from the world. The search for a better raw continued on for another two years.

With the combined ingenuity of the fine people at Saizen, we eventually found and captured the original VHS tape from Japan, and mustered all of our resources to put a solid release together. Special thanks must go out to Seiyou_AMS and our friends at Orphan Fansubs for working together on this initial effort. There was no shortage of amusement amongst our staff over the plot and the characters that came from a different time, but it brought us together to do our best.

“This is what happens when Free Willy and Lassie join forces in a Japanese anime”, we thought. But seriously, the dog is the real MVP.

With this release, a long personal journey of 12 years has come to an end. As a fellow Tales fan, it is an honor to share this with everyone around the world, and I hope you will enjoy the release as much as we did.

In the fall of 2018, this little nugget of a series appeared on our screens. We laughed, we empathized, we mourned when it was over. Then, we caught wind of an unaired OVA bundled with the DVD release of the series and, as fans of the show, we decided it was worth our time. Slight issue was, we couldn’t find any raws of it. Anywhere. Not even a whisper of it. The months rolled by and… nothing. We looked high and low but nada, zip, zilcho. That is, until our eagle-eyed encoder spotted that the DVD was relatively inexpensive (compared to most anime DVDs anyhow) and, to my eternal gratitude, shelled out for it so we could work on it.

Of course, we were expecting a full-length episode – or at least an episode with a similar runtime to those in the series – but like some kind of cosmic joke, we’d been waiting a whole year for something that was less than 3 minutes long ._.

Oh well, it is what it is. Even though it’s short, the comedy’s still there, so enjoy! Also, season 2 when?

I have no freaking clue why this group wanted to do this show.

Maybe because this OAD was released in the summer of 2017, yet no fansub had been released for over a year, so our timer sangofe got together with translators burcu and aria to type up and time an original script. It went to me for translation check and typesetting, and then to BeeBee for QC.

However, other members of the Saizen team, namely convexity the TL and Collectr the editor, already had a script ready for FFFansubs, and they released their version first. So because we didn’t bother to ask them beforehand, this project turned out to be something of a waste of time.

Anyways, whatever, for all those who care, here are some non-burger subs. Enjoy